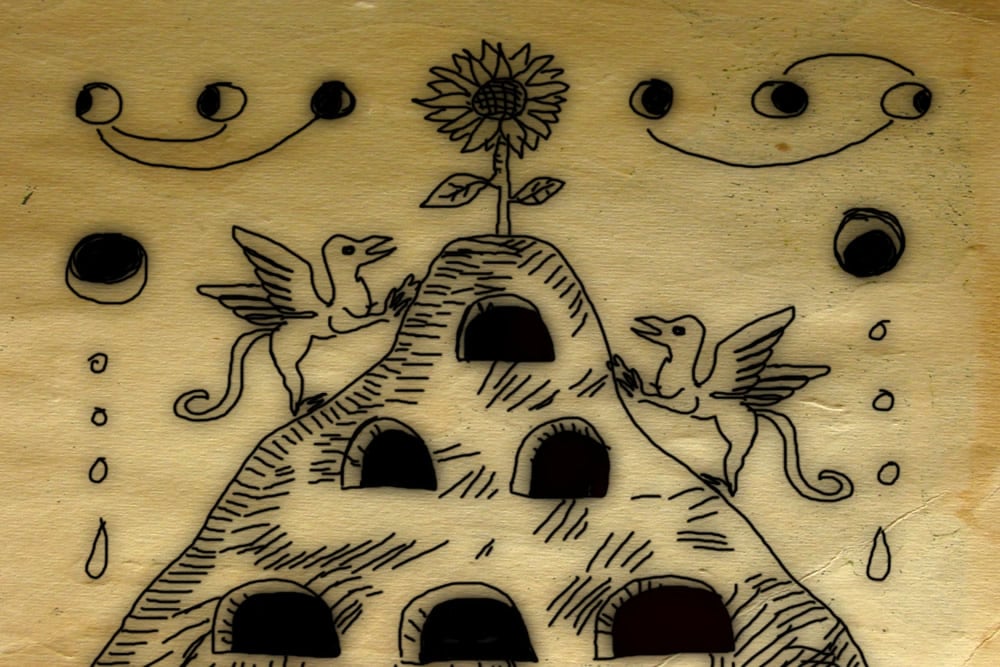 Hi all. I hope the return to work, university or school has been kind after the hedonism of christmas and new years. I always listen to Elvis Presley “American trilogy” and Abbas “happy new year” as the first songs of the year. I wonder what you all listen to?

I am very happy to announce that the new Gazpacho album “Demon” is mastered and sounds fantastic. After having listened to it in its entirety I was overjoyed. It turned out exactly the way we had hoped. It is definitely the most “difficult” gazpacho album, and certainly needs to grow on you but no one has ever made an album quite like this and I am very proud. Can’t wait for you all to hear it! If you’d like a preview I know that parts of it will be played in the kscope podcast 42 which is out early next week so be sure to check that out if you’d like to have a sneak listen. We all like to shake the presents under the tree right?

Below are two images from the magnificent artwork Antonio created for it. I started talking to him in the summer to start ideas hatching in his brain and he completely got the idea very quickly and added to it his own brand of absolute genius. The concept is about this mysterious man who believes he has discovered the hand of an unknown evil force that moves and influences history and Antonios artwork perfectly balances between the idea that the man was right, or just crazy. Much like some you might be wondering about us i imagine. Be sure to drop by his Facebook page at

And give him a pat on the back.

Oh, I almost forgot, here are the tour dates:

I hope some of you can make it to the gigs. We really enjoy touring and we always try to come out and talk to you all after the show. After 10 years of touring we’ve got to know a lot of you beautiful people and we really appreciate the support and love you give us. We’ll try to deserve it.
This tour we’ll be playing a few surprises including the old chestnut “Ghost” that we have had so many requests for over the years. We will also indulge in most of Demon and that alone should make the gig at least an interesting experience. We have made the set list very much barred on the feedback from you all so thanks for that.

Anyway, enjoy the rest of the weekend I have to go and get some wine in the system and have another listen to Demon.