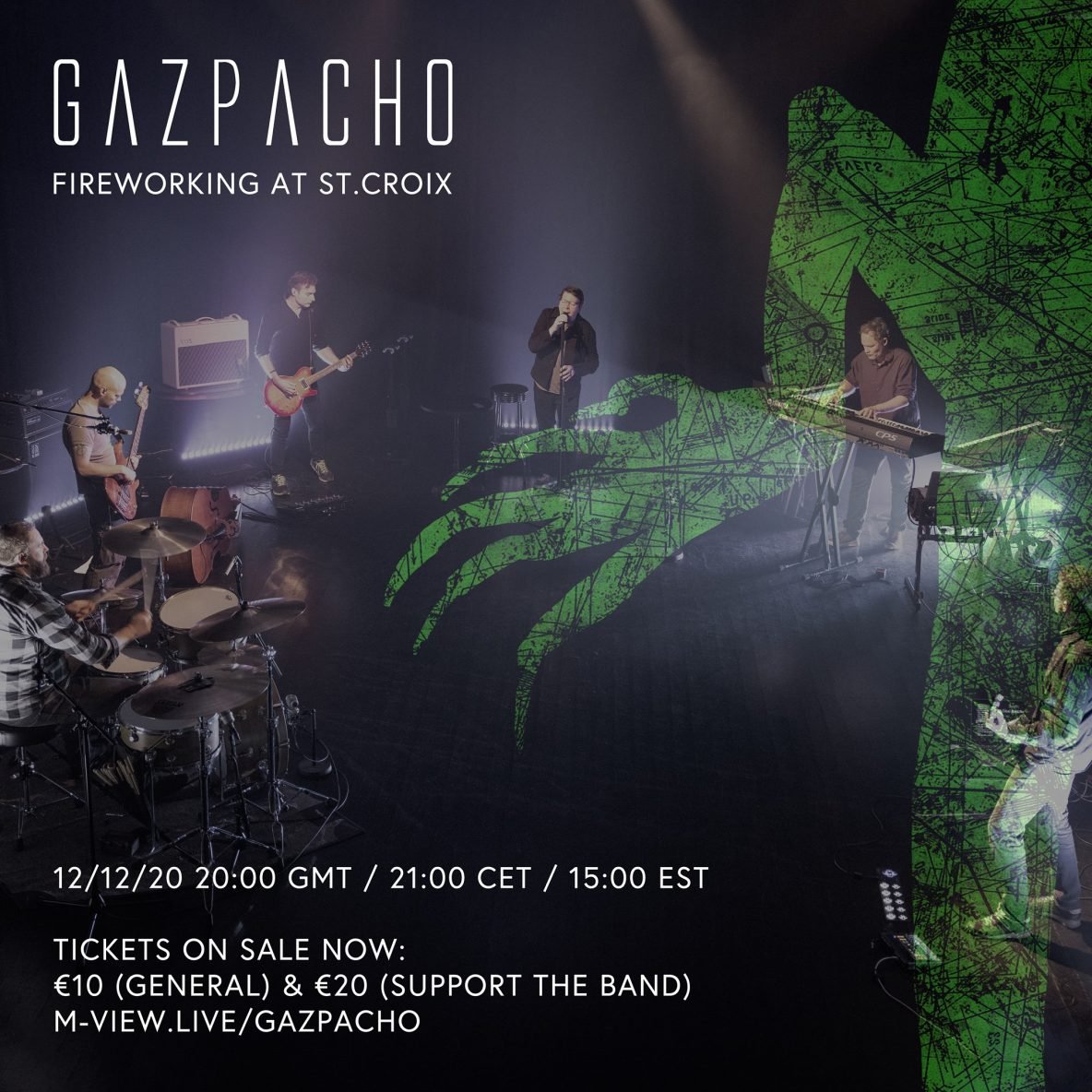 Having garnered a huge amount of praise from the worldwide media and fans alike for their latest studio album Fireworker, and with their plans for live shows this year forced to be postponed, Gazpacho have announced they will be streaming the their filmed first performance of Fireworker from their rehearsal space St Croix, a historic venue south of Oslo.

Tickets are on sale now HERE ( https://M-view.live/gazpacho ) and ticket holders will be able to watch the show again or on a date of their choosing until 1st January 2021.

Gazpacho’s Thomas Andersen checks in and explains more about the performance and what it means to the band «When the Fireworker tour was cancelled we were devastated as we felt we had a very special album in the pocket and were understandably keen to take it on the road. We love playing live shows and every night is special to us. We also felt that setting up on a stage and playing a show to an empty venue would be depressing and feel wrong. A concert is something that is created equally between the performers and the audience and much like romantic adventures, just not the same when performed alone to the sound of your tears of rejection.

We also wanted it to be honest and felt that this was a great chance to show you all what a Gazpacho rehearsal really is like. A touch of behind-the-scenes if you will. We always pre-produce our shows at St.Croix and we have spent a lot of time there rehearsing and generally annoying the hell out of the poor neighbours who unwisely chose to move so close to «ground zero» as we call our drummer Robert.

So, for you, we filmed us playing Fireworker in its entirety and it is explosively wonderful. Truly a comfort food for your starved mind. It’s good for you too. It would be illegal to say that it heals you or that it might bring you good luck and seriously improve your chances of winning the lottery so I won’t. But it might. But you didn’t read that here.

This film is a very moody trip into the world of The Fireworker and it was captured on the 25th October this year, live at the Gazpacho rehearsal room at St.Croix. No fixes, no polish, no light show and no nothing. Not even catering. Just the pure rendition of the music along with a surprise or two for those of you who have been with us for a while.

And for all those of you haven’t had a chance to see us live and have repeatedly asked us to come to your town, now is the time for you to shine.

And speaking of shine, have you ever wondered how we all survive and keep our bank managers’ mistresses covered in diamonds? It is through a process which I have come to know as paying the bills and, painful as it is, it seems to be a part of life in these cursed times. For this reason, should you wish to support us, your friends of all these years, the best way to do that, and get a great show at the same time, would be to stream like you have never streamed before. Be a part of Gazpacho history and Firework with us.

Need further convincing? We also play one of the golden oldies from Night. There. See you at the stream!» 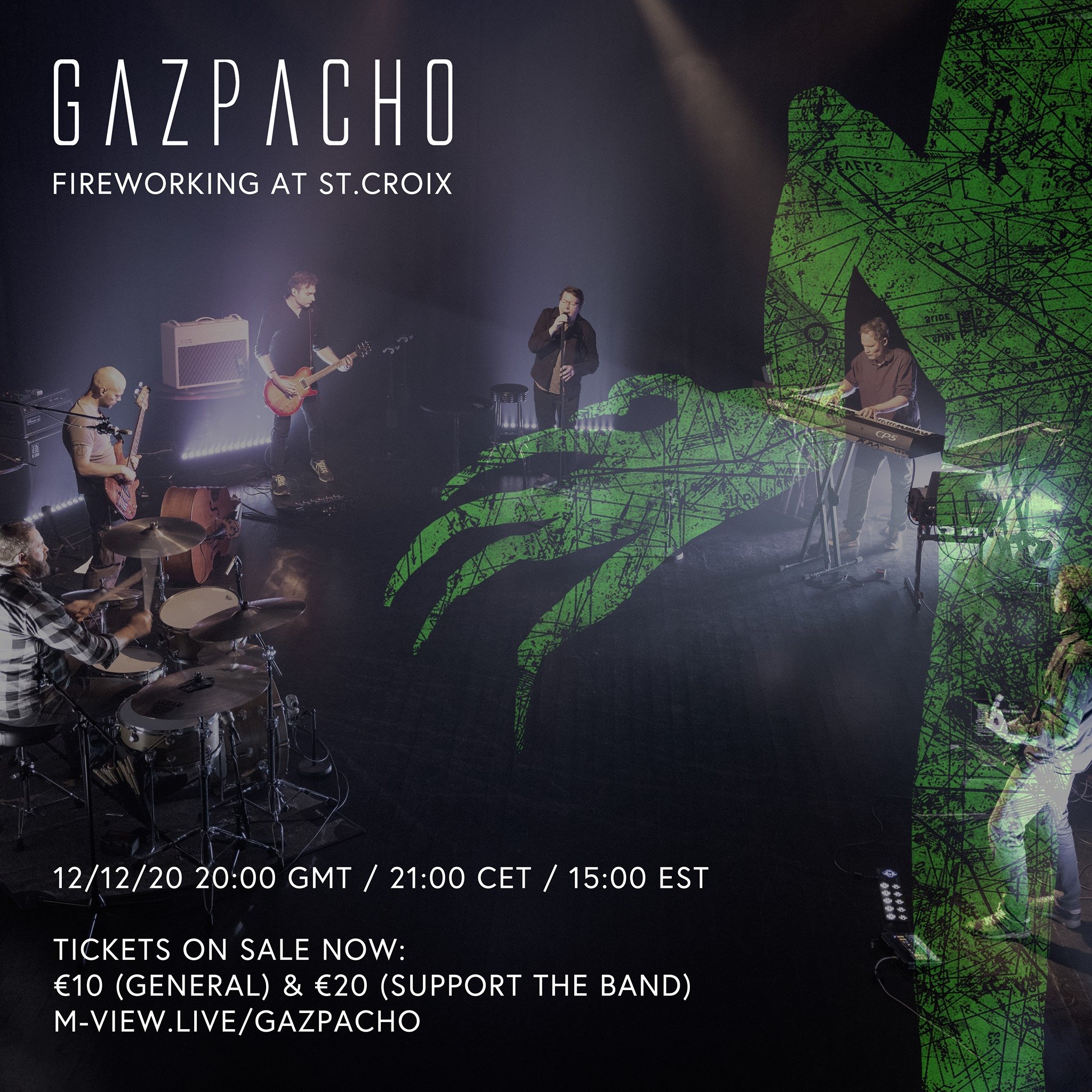