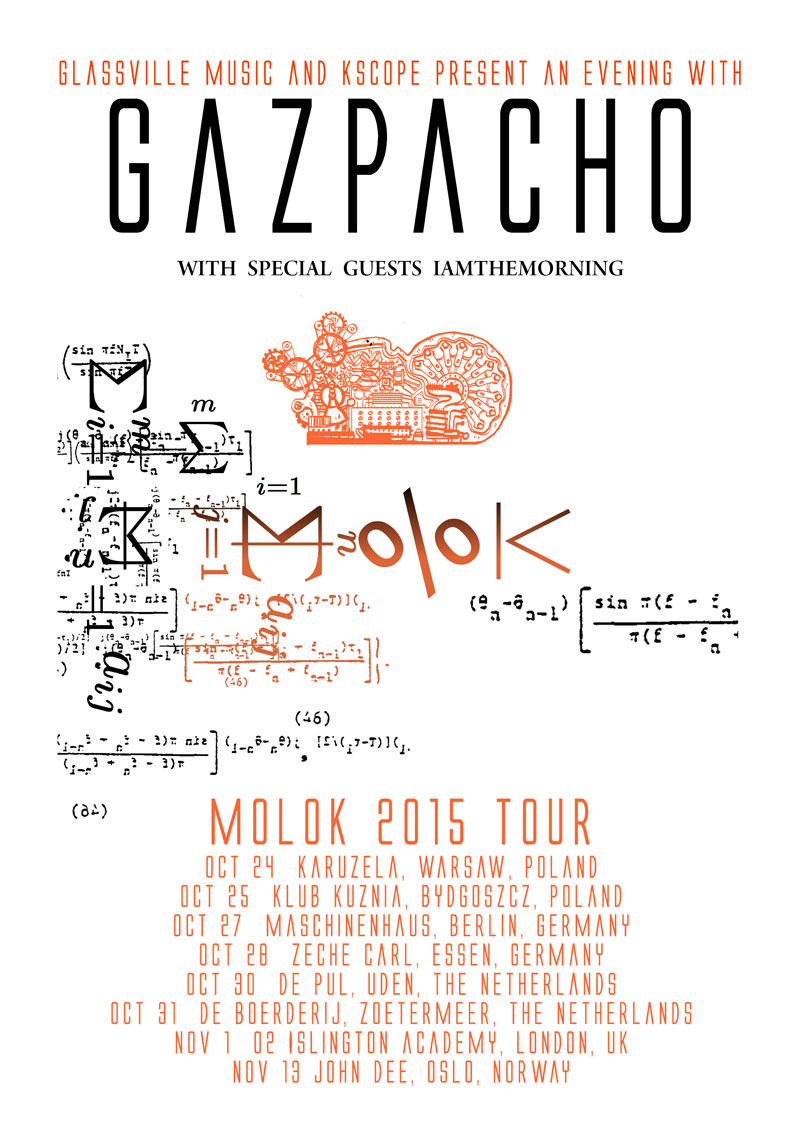 As some of you may have observed we are touring this Oct/Nov and here, is the tour poster with the dates and locations. This is the gig you really don’t want to miss as we’ll be playing “Death Room” which in itself is such a challenge to pull off that if we make it it’ll be fantastic and if we mess up it should provide much needed comic relief. It’s a win, win kittens. To further add to the temptation I am happy to announce that we’ll be joined on tour by Iamthemorning which in itself should be enough to make you want to see the show. They have some fantastic songs and I can’t wait to see them live.

The tour poster is made by the master himself Mr. Seijas even though he had two days to finish it he did so beautifully as always. It is his take on the concept of the new album which will be released this autumn, early enough to give you time to give it a spin or two before you go see the show. Sing along to the good parts and all that.

The album is called “Molok” and we are hard at work finishing it these days. It sounds fantastic and it is easily the best Gazpacho album to date. The concept is also such a fascinating story that I promise you all, you will be proud of us. It is the darkest album yet and after “Demon” that should tell you something.

More on the new album later, I don’t want to distract you from what hope you are doing now which is ordering tickets to come see the show and share some drinks with us afterwards if you have the time. Surely we don’t want to repeat some of the low points of the last tour (Osnabruck), so let’s all pitch in and try to fill the venues to the brim.

The shows will be intense and will also include an experiment where we try to destroy the universe (seriously), so they will be historic events. Don’t miss them, you’ll hate yourself if you do.

Let love be your light in the dark nights.
Happy Easter.

Love from your (soon touring) friends